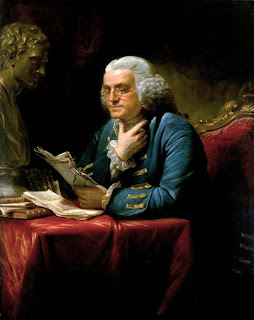 Given that we haven’t much of anything planned for the next six months - or for the rest of our lives come to think of it - I hesitate to speak disparagingly of travel of any description. The context here is our putatively lacklustre drive from home in Ontario to Longboat Key in Florida for the winter. The journey hardly qualifies as a Mediterranean cruise. Though I have to say in defence of its functionality that the autumn leaves in Shenandoah Valley were spectacular!

More poignant however were the comparatively mundane preoccupations. The list of diversions includes traffic (I confess as an old fogey that I am innately critical of other people’s driving), road work (always assured to be enterprising multi-million dollar projects), an hour standstill while a transport trailer recovered from the spontaneous incineration of its cargo of carpets (a cathartic relief upon discovering no one was injured), the appearance of our successive  hotel rooms (an indirect challenge to one’s personal dimension) and the acceptability of the two meals we had each day (but a short step beyond dies caniculares). Recognizing that food captures the popular interest more than most other subjects l can only report that we alternated between beaneries and hotel bistros, essentially an assortment of salad bars, fast foods and microwaves. What has spared us complete mediocrity throughout our little adventure was - and herein lies the real meaning of travel - the astonishingly singular people whom we met or overheard at adjoining tables.  Without exception each of them exceeded the allure of the best of literature, characters with Southern accents vying with the strength of Crotte du Diable, a young waitress saddled with a newborn multi-racial son amidst the burden of an absentee father and parents suffering from combined alcoholism and drug abuse, the predictable alliances and gushing enthusiasm among unwitting communicants during late afternoon barstool congregation, and exceptionally talented people in the service industry.

The focus of these stimulating highlights eventually gave way to the indisputable charm of warm, balmy air amid the palm trees surrounding a quiet outdoor pool. Having a refreshing swim before even a modest dinner is invigorating.