The Pollution of Merry Christmas 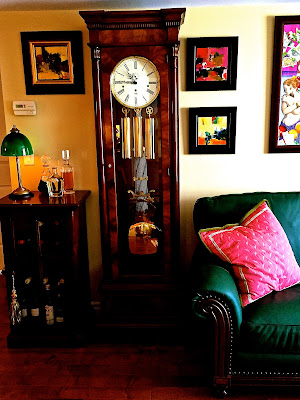 The December holiday ads have already begun the seasonal contamination of the television.  And with them the jingoism that in my opinion pollutes social media.

When considering this warlike foreign policy I have been bound to conclude an unsettling probability. There is a good chance - as I have unwittingly discovered - that wishing someone Merry Christmas will reflect a narrowness of mind and may indeed offend. Imagining that there is some superlative and redeeming quality which attends a preconceived entitlement to express one’s own unconsidered habits is upon reflection nothing short of shallow. There are currently two obvious transitions affecting traditional western culture. One can no longer chuff when confronted with the novelty of another's convention.  The day may come - and sooner than we think - when the customs to which we are fastened by years of popular usage are no longer either the fashion or the imperative.

First and foremost there are many new residents from other cultures some of which are ancient and complicated. It is therefore no indignity whatsoever to address other people either in the context of their own acquaintance or in general social terms. The belief that we are somehow legitimizing other people's traditions by imposing our own - and making them a part of them - is misguided. It is no more relevant to them than it is to us to express some unfamiliar or meaningless adage. If the object is communication and civility then it is far more receptive to speak in terms which each understands.

Equally important - and perhaps even more astutely - is the broad demographic alteration affecting longtime residents and citizens; namely, a positive distaste for organized religion of any stripe whether Christian, Jewish, Muslim or otherwise. This abhorrence may have been replaced by spiritual sentiments resembling pantheism or mere conjecture involving an interpretation of nature and the human condition. The result is that the incorrect or xenophobic identification of the measure of others’ social beneficence is either plainly rude or deliberately blunt. In either case it betrays a mistaken concept of propriety in addition to an intellectual and spiritual ignorance. The dreary fact that most of us grew up as mere sheep in a herd hardly entitles us to rational superiority much less universal dominion. Even more tragic is the prospect that our singularity will utterly contaminate the enlargement of our knowledge and life experience.

The marketing of the objection to the demise of the use of "Merry Christmas" is frequently touted as an erosion of our sincerity - as though accommodation of the peculiarity of others diminishes our authenticity. If in fact saying "Happy Holidays" is considered a distortion of "Merry Christmas" then I suggest both phrases be avoided entirely.  The object is not "Who wins?" but surely rather how best to express one's magnanimity for others.
Posted by L. G. William Chapman, B.A., LL.B.