The danger of criticism 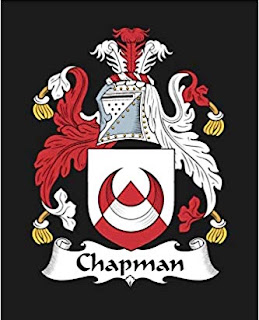 At times I suffer the discredit of being called a "liberal".  In the United States of America (where I spend six months of the year and am therefore attuned to the inference) the term has an especially powerful flavour which distinguishes the accused from a "conservative".  Commonly the two terms are respectively aligned with Democrat and Republican.  The binary political choice in turn polarizes the associated adjectives. The popular argument is that liberals are wishful and diluted; conservatives are structured and rational.

This theorizing can quickly extend to colour emotional conjecture.  In the context of my current exploration the risk is that liberals can - so it is suggested - rapidly descend into namby-pamby commentary when considering their leaders.  It is no surprise that within the current political environment the most popular object of consideration is President Donald J. Trump. Without becoming totally ineffectual at the outset I am first bound to observe that politicians are by popular custom easy targets.  It is not beyond contemplation that many of us bystanders (the spectator masses, the voters) frequently take our liberties.  Recall that "It is the privilege of the masses to mock their betters!" an adage which reminds us on-lookers to control our visceral appetites and to recollect the good manners we were likely once taught by custom, our parents or teachers.

The risk naturally is that any camouflaged opinion is labeled "liberal", the underlying implication being that your excuses or tolerance are flagrant submission even to the point of being purely obsequious (a blunt criticism I find especially distasteful).

All this is by way of analysis of Trump.  I should however first add the further illumination that "criticism is the best autobiography" a maxim which I have found on more than one occasion to be a telling introduction to the substance of the narrator. One mustn't however be dissuaded entirely by these threatening obstructions to grounded thinking. My take on Trump is that most consider him a devoted entertainer, one who is unfortunately muddled by psychological distortions.  Trump's clown-like behaviour, lack of language skills and loyalty to base instincts are often dismissed as mere popular idiom which affords him a digestible language with his proponents (whom pointedly Hillary Rodham Clinton called the "deplorables", a term which has oddly acquired an almost Shakespearean connotation of the "groundlings" who sat closest to the stage as they were otherwise unable to pay for admission to the theatre). 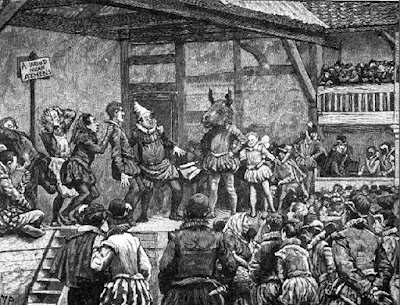 But keep in mind that the groundlings attended the theatre, even upon the risk of some indignity to themselves.  This did not cloud their intention nor their expression of opinion (which notoriously they voiced freely and often loudly from the"pit").  It is at this juncture that those of us in the box seats may inadvertently raise our collective nose well in the air!  This association of liberalism with vulgarity and conservatism with decency translates into a battle between inferiority and superiority. A debate must not however be won solely upon grammatical nicety.  The substantive issues are allows the most pertinent. If in spite of the vernacular the voters accept a leader, those of us who question the propriety must address a deeper controversy.

This motivation does not however dismiss my overwhelming concern that Trump is more than an intellectual mess, but instead a palpable threat. His objective is consistently self-adoration and apparently at any expense.  It is one thing to commercialize an election agenda; it is another to insist upon divine approbation. I am reminded of Chris Rock's stinging insight, "Whatever happened to crazy!"  Some things are just too absurd to be accommodated!

On the strictly substantive affairs I confess eternal confusion regarding the seeming reluctance of Americans to adopt public health and education, gun control, equality of race and sexual inclination and minimum wage. In a country such as this which purports to sustain freedom and law I simply cannot fathom how those advantages have become distorted by an unnecessary battle between liberals and conservatives - unless of course the root theme is far different than purported. It is regrettable that the contest for what one would imagine to be common benefits for all has descended to a depiction of cartoon characters with varying costumes.  If, as I believe, the American people both rich and poor, white and black, gay or straight are able to create a liveable alliance, then I similarly expect them to call a spade and spade.  Those on the perimeters by virtue of madness are intolerable and should be removed from control.