Apparently I smell of the sea. And not in a good way, more fishy than salty!  I'll blame it on the red tide which reportedly has come our way. Oh well it's the least of my worries today.  Another Tuesday, another ho-hum day in Paradise as the saying goes!  Truly in the broad picture it couldn't possibly be more desirable!  Though I grudgingly extricated myself from the lair this morning (I remained glued to the mattress as though covered in an unctuous glob of honey) - and though I dawdled at the matutinal trough fully long enough to complete a protracted and most indulgent meal (including if you must know wedges of subtle Brie with my green apple slices and Kerrygold Naturally Softer Pure Irish Butter on my compatible Irish Oatmeal) - I at length resurrected myself from the grip of indolence. I mounted upon my trusty Sun bicycle and headed north along Gulf of Mexico Drive as seamlessly as if entering a tributary from Sloop Crescent.  I love by the way the collection of nautical/sailing names for the interjecting lanes in this area - Spinnaker Lane, Hornblower Lane, Gunwale Lane, Outrigger Lane, Cutter Lane, Yawl Lane, Schooner Lane. Ketch Lane and finally Sloop Lane and Channel Lane. Nothing like the seafaring element! 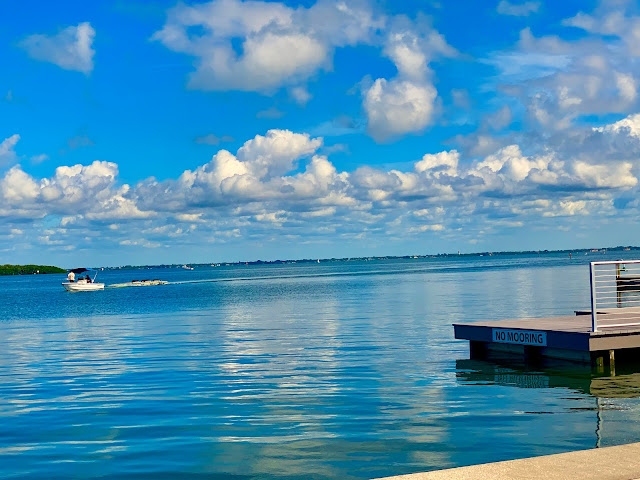 Cultivating the maritime theme is naturally effortless here on this tiny barrier island. As is my ritual I paused at Bayfront Park to drink the cool water from the fountain, void my bladder, take a break and check my email. Then I pursued my athleticism northward beyond 4000 Block.  Either the black coffee or my deep sleep energized my usual limit today.  As I cycled I stopped alongside a young man who was crouched on the sidewalk attending to his ruptured bicycle.  I asked if he needed help to which he replied, "Only if you have a tool kit" which I did not.  I mentioned however that there was a bike shop within walking distance not far above the 5000 Block marker, an intelligence for which he thanked me but advised that a friend was already on the way. 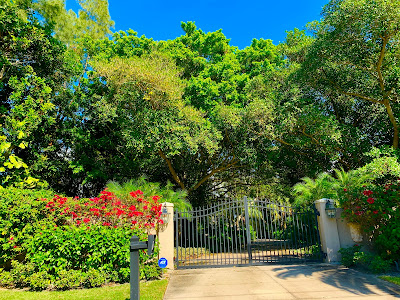 I discovered that the Backyard Bike Shop was further away than a casual walk. When I got there I stopped to verify the business was still operational (information which I considered useful should I suffer a flat tire as I did once last year and had to call upon Charlie - the Proprietor - for assistance).  Charlie and his wife Lisa and their dog Cody were all still there, caught in very much the same positions as they were when I last saw them - Charlie reclining in a chair, Lisa working upon an inverted bicycle and Cody curled upon the walkway at the front door.  I told Charlie about the kid with the defunct bike.  Interestingly Charlie said the police often pick up the struggling party and deliver him to Charlie's store.  Just one more example of the many virtues of the Town of Longboat Key.

Going back southward I initially debated which beach access I would choose today.  My passion for novelty was however overcome by my preference for habit.  This meant Bayfront Park - which I reasoned afforded other conveniences (including WiFi). 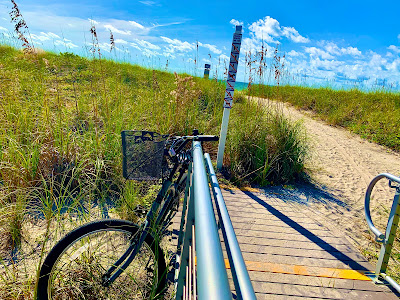 There was no one else on the beach.  Four young men bobbed about not far from shore. They wore goggles and snorkels and repeatedly dove underwater.  One young man returned ashore.  He was skinny and bearded, tousled hair, having the appearance of a Robinson Crusoe in his knee-length khaki swimsuit. He took a dark coloured bottle of something resembling a pop from a knapsack and drank a small amount. 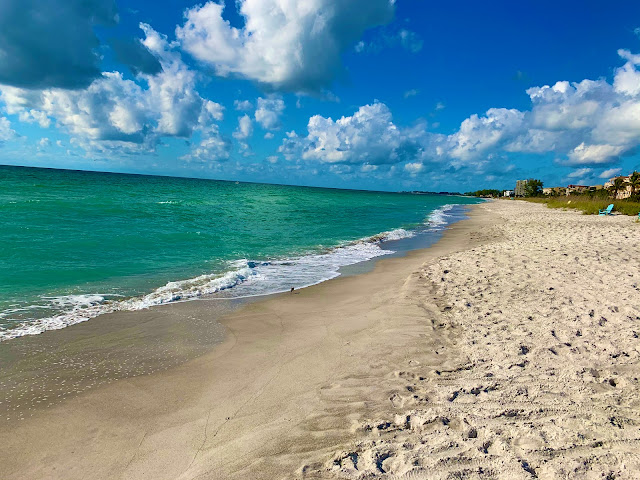 The sea today was more turbulent than previously.  It was mid-afternoon when I arrived and the tide was coming in.  The immediate shoreline was relatively deep water (peculiar because further outward there is a sandbank which reduces the depth). There remained a precipitous drop from the shore to the sea, a feature which is no trouble when entering the water but a challenge when departing (especially if one suffers weak knees). Notwithstanding the increased commotion of the sea I sustained my precise location in line with my personal items on the beach.  I gleefully floated and dove under water, at times imagining myself a parachute diver falling from the air. At first the flavour of the salt water was refreshing but it later assumed the impression of a fish stew (which likely contributed to my less than cosmetic stench later).  On balance it was invigorating at the time!

I was in no rush to abandon my resort. But the sun was already declining across the horizon and I wanted to relish the remaining afternoon sunshine and heat.  I was already nearby my home destination and the wind from the north was at my back. Upon arriving at the condo my first instinct was to attach myself to my computer and a chilled cup of black coffee. Subsequently we went together to the pool for a ceremonial dip before preparing the evening meal and all that that entails. 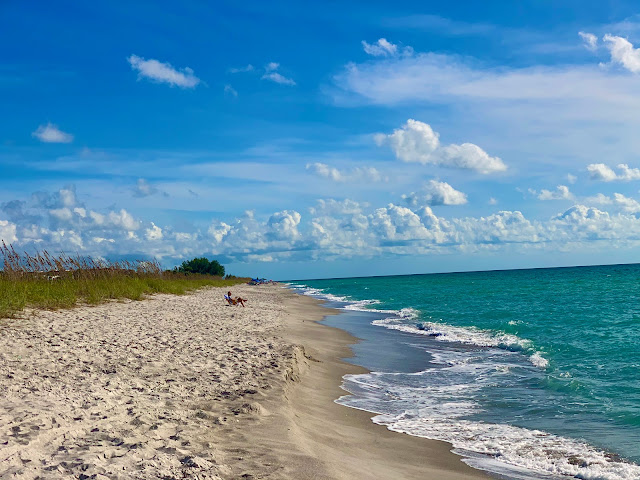 It is shameless glory to end the day thus! 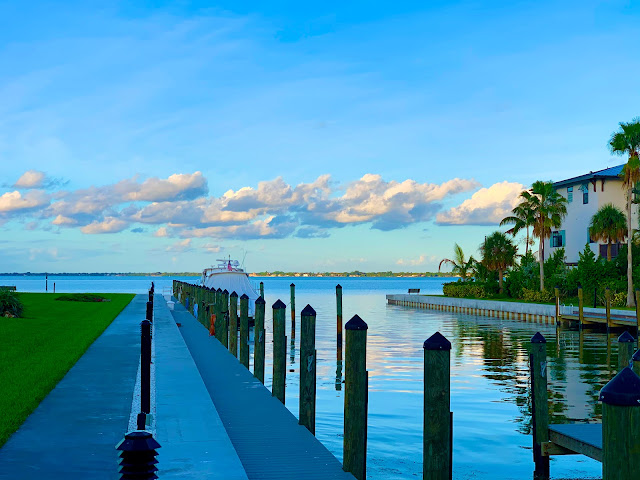