Not far from home 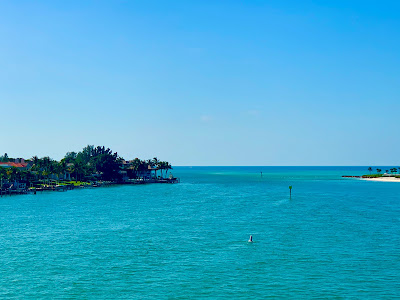 It is assured that wherever one goes within a 15 km radius the particulars will amount to a distinction without a difference. Nonetheless the nascent human hankering provokes alteration in one’s daily habits. Living on this tiny barrier island the scope of adventure is largely north or south since the island is narrow and I can bear the deprivation of the mainland. I much prefer being surrounded by water. 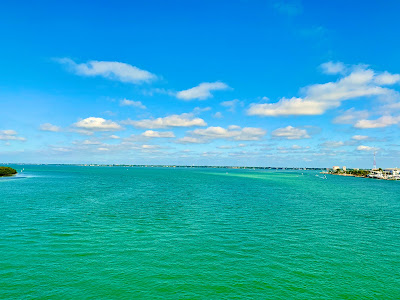 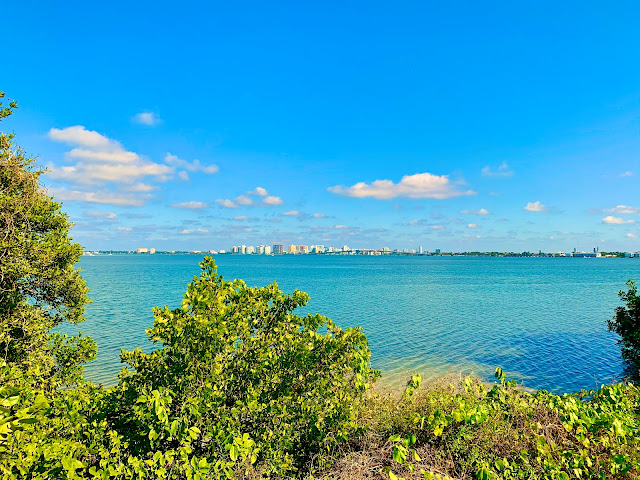 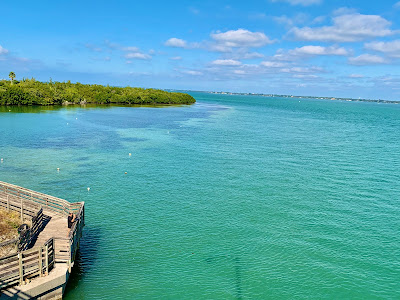 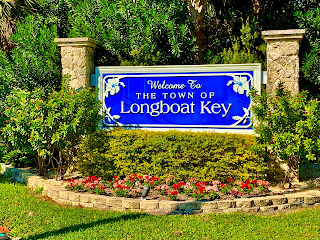 The first point of singularity which I added to my proposed campaign southerly this morning - rather than northerly along Gulf of Mexico Drive - was to manage a convenient way to cross the bridge to the City of Sarasota. Naturally there is the obvious route which is directly across the bridge but I preferred the other side to the one that was immediately before me. I know from experience that it is possible to go under the bridge and double back in order to cross over it. This morning instead of doing that I simply crossed the road at a convenient time and proceeded by the anticipated route directly across the bridge. Today is Thanksgiving in the United States of America. The vehicular traffic was unexpectedly light as a result.  No doubt things will change atmospherically tomorrow for Black Friday Shopping. 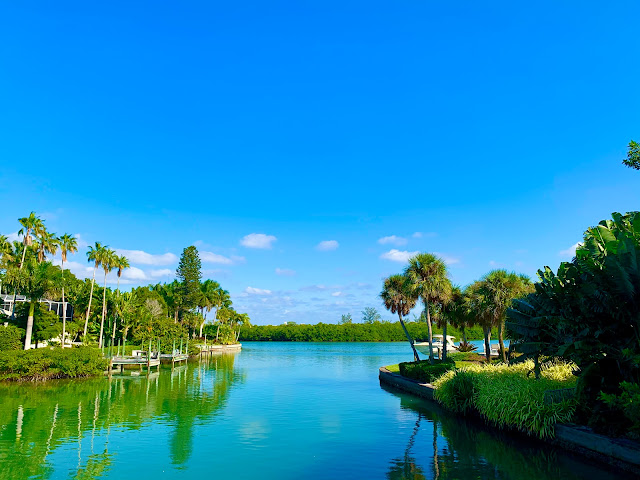 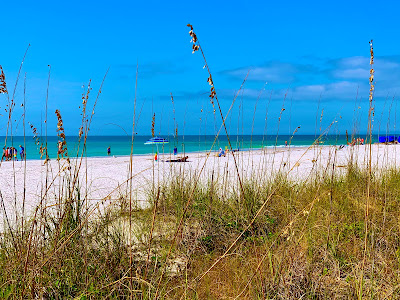 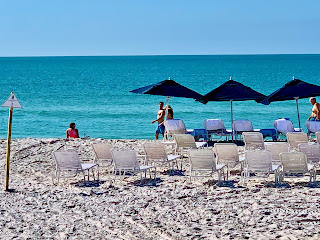 Once I got across the bridge I entered what is locally called Lido Shores - but it is part of the City of Sarasota. I suspect its Spanish overtone and the fact that it was begun in 1950 suggest a modest beginning. Now it is predominantly a luxurious residential neighbourhood. 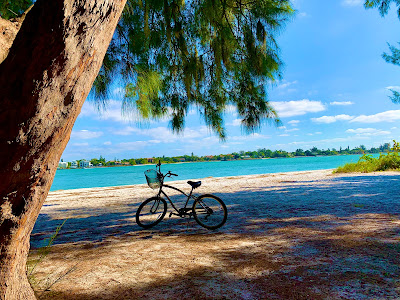 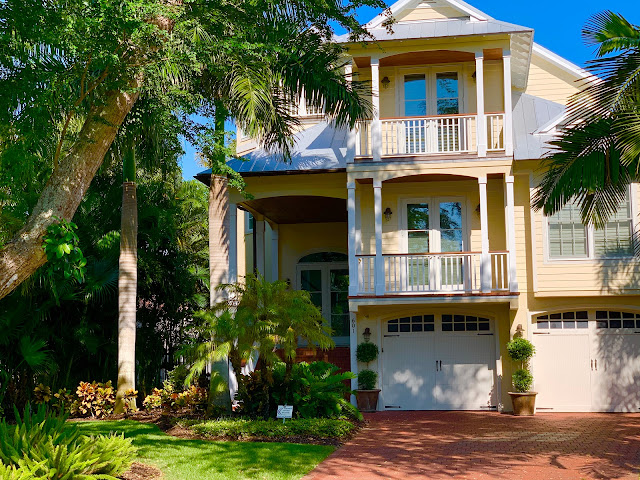 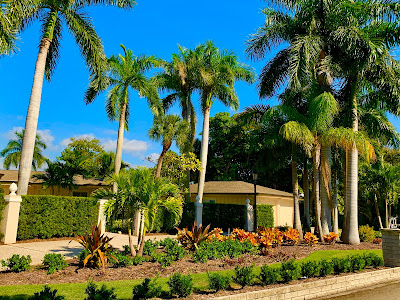 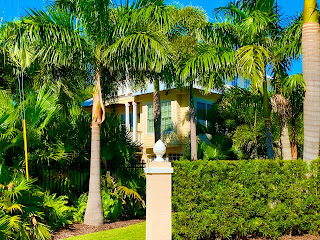 After I crossed the bridge I followed what is the customary tourist route. This understandably skirts the rim of the Gulf of Mexico. With a grain of submission on my part I allowed myself to be drawn onto a slightly different route at the southern end of my enterprise. I was led to what is another common park.  It is dedicated to kayak paddling. There were a number of young entrepreneurs hawking their skiffs in the parking lot. One of them greeted me in a noticeably friendly manner as I would’ve expected from an enthusiastic business owner. 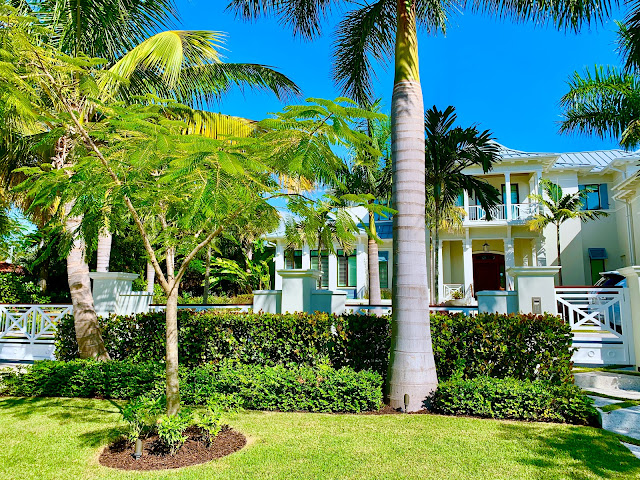 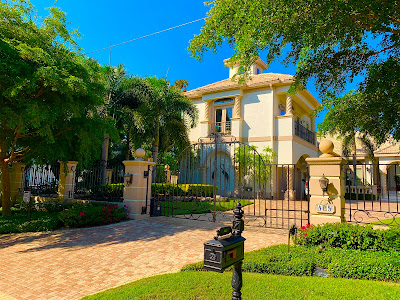 This modest diversion lead me to what was a reclusive and swanky residential domain. This was no surprise since many of these homes are very close to the City of Sarasota from across the Bay. Strangely I became disoriented in this area. It required some effort on my part to discern the exact route of my return. My former scouting skills were obviously lacking and it was by accident that I got back on the right road to Longboat Key. 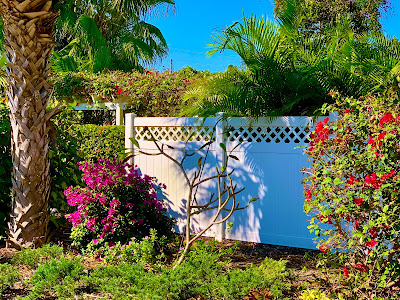 It is impossible when surrounded by such conspicuous opulence not to wonder, first, who owns these places; and, second, whether it is all worth it in the end. This debate on my part is probably nothing more than sour grapes for having failed so miserably to save a nickel of anything I ever earned!  It is nonetheless an unquestionable corollary that around most of these properties the contractors are ubiquitous - new screens, new windows, complete renovations, plumbing, electricity, security systems and no end of electronic requirements to satisfy popular demand. 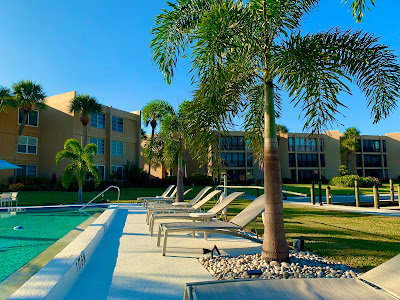 While it is certainly true that profound inutility often accompanies aging, I am quick to recall that working and making money was historically the career of property ownership and management. As I relax by the pool, sunbathing and contemplating unending nothingness, I am not certain that I would change into more formal clothing to achieve an alternate result. For the moment I am content to  apply more sunscreen to my nose and to listen to the chirp of the birds among the magnolia trees. 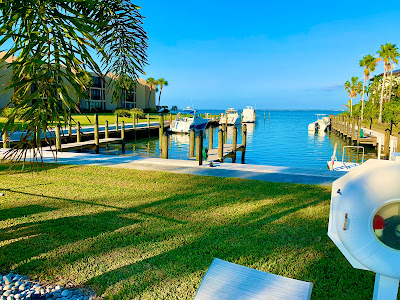 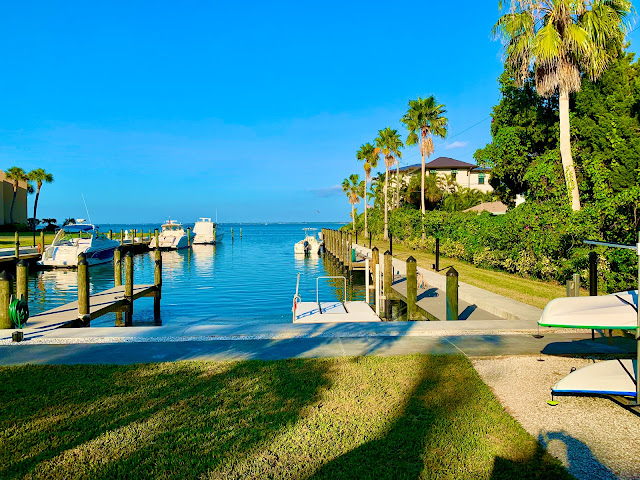 The decided advantage of poolside sunbathing is that I don’t feel so indescribably lurid as I imagine some other folks whom I see bicycling must feel when they’ve cast aside their shirts in the mistaken belief of  regaining youth with a bit of colour. I am always tempted to inform them that it is a losing battle. There is besides the logical issue of why bother tanning your complete carcass when one has no intention of parading it anywhere at any time.

It is these trifling postulations which divert me as I leisurely rotate the tires on the sea-level pathways. During the middle of the night I recall that I am regularly abused by reflections upon equally preposterous matters, even the most significant of which translates into something like a modern French play involving existentialism!
Posted by L. G. William Chapman, B.A., LL.B.