A Day at the Circus! 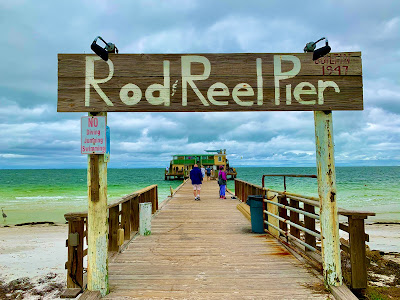 What began innocently enough this morning soon descended into an Epicurean spectacle! The initial plan was no more sensual than a drive in the country, a proposal to identify a local optometrist's clinic in anticipation of scheduling a visit later this week to verify that my recent Toric lens implants are functioning properly. Having quickly located the venue - and assured the parking lot was equally convenient and manageable - the investigative event dissolved into something far more hedonistic. We decided to go to Anna Maria Island to put on the nosebag at Rod & Reel. Of especial allure were the onion rings succinctly described - and quite legitimately - as "Really Good". 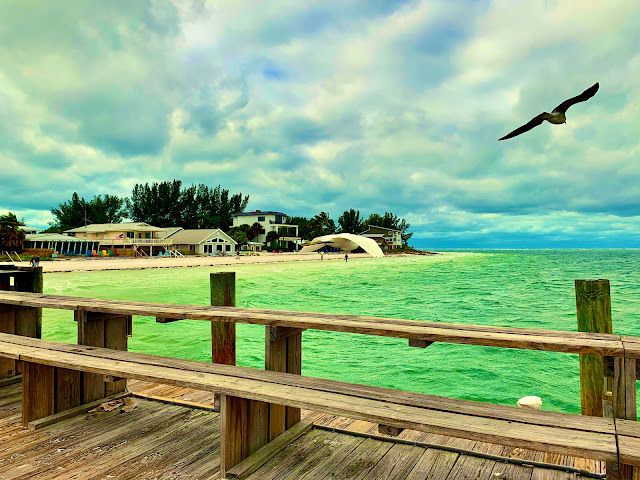 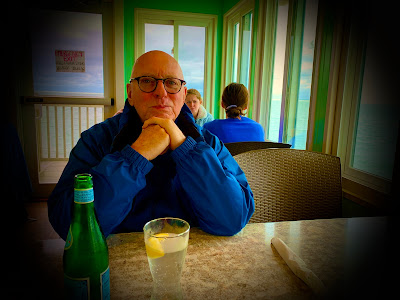 It was only shortly after 10:00 am when we formulated this marginally nefarious undertaking.  We disregarded the early hour since we were then in Sarasota on South Tamiami Trail. It would take nearly an hour to get to Anna Maria Island through Longboat Key, Bradenton Beach and Holmes Beach along the winding Gulf Coast roadway. We were not mistaken - although to be honest some people in the pier restaurant were still dipping morsels of French toast in the remaining pools of maple syrup.  Our early arrival enabled us to secure our choice of seats, inside or out, window view or not.  We chose to sit by a partially open window overlooking the sea.  The north wind howled outside but we had cautiously observed the Floridian custom of donning woollen socks in our topsiders and wearing a sweater beneath our windbreakers (though we abandoned the necessity of a toque which we noticed some others were judiciously sporting).  The restaurant rocked mildly on its piers.

When the animated server promptly arrived she enquired what she could get us to drink. In a dedicated resort such as this on the Gulf of Mexico - where the time of day and concerns about agenda are largely meaningless - there are expectations.  We however ordered a bottle of San Pellegrino sparkling water and a cup of black coffee.  This is equivalent to seeing a production of the Good Bad and the Ugly in which Pee Wee Herman sidles up to the bar in fleecy chaps and orders a lemonade in a dirty glass.  Our server however was unmoved.  She pronounced the daily specials and said she would return. We relaxed our posture and stared, mutely at the rollicking sea.

I won't insult my reader by tediously accounting the meal that ensued except to say, yes, there were onion rings and, yes, they were superb!  And yes if you must know there was a sweet course (hint:  rhymes with sea and contains lime). We both smacked our lips, put down our paper napkins and pronounced the entire affair a categorical success! We proceeded below to the pier where the roughly clad fishermen mixed with the tourists and the squawking gulls. 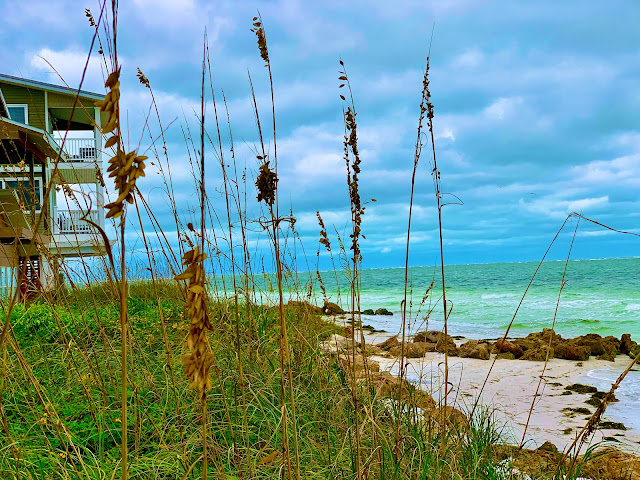 I would have imagined this to be the end of our exploration but this was not to be.  His Lordship directed the chauffeur (that would be me) further along the coast towards another of our erstwhile haunts, next door to which is located a renowned ice cream parlour.  Again, not without justification. 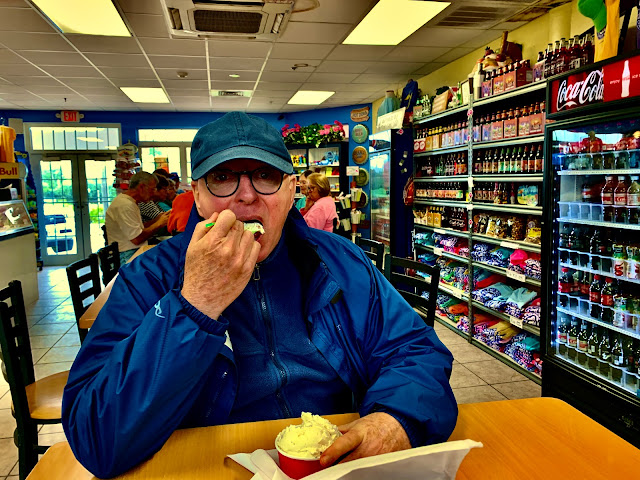 As unimaginable as it may seem we wasted no time consulting with the young clerk behind the tubs of ice cream seductively displayed under the refrigerated glass counters. Nor were we disappointed.  Afterwards it was all I could do to keep myself from purchasing as well a bag of Uncle Bud's salted deep fried peanuts ("...so good, you can eat 'em SHELL-N-ALL"). I did however examine the bag as to its ingredients and was surprised to discover apart from the predictable salt and oil, there was no sugar.  I should have got them! 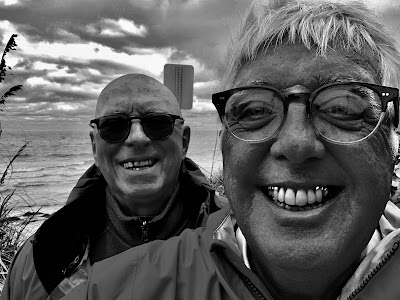