Victory at Every Turn 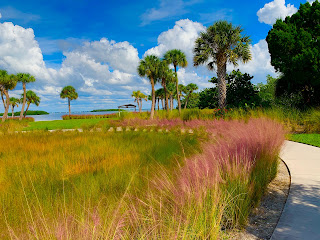 It isn't particularly galvanizing to characterize life as a battleground, each day of which is a theatre of forced combat, a situation of strife and conflict. However after the days we've had recently I can't completely dismiss the metaphor. As might be supposed I am waxing rather more metrical than fully warranted. Life within the present sphere is certainly not an entire defeat. What lingers at this juncture is the sting of the skirmish.  In my present state - tranquillized as I am by the withdrawal of the combative elements - I am reeling from the force and unpredictability of the various assaults which destabilized my being. The provocation thrived upon the standard bellicose attribute; namely, surprise. We were quite unprepared for the combined fronts of attack from realtors, bankers and internet providers.  Each of them appropriated to themselves the privilege to disturb our internal tranquillity. They adopted the righteous attitude of purveyors of information which we could quite willingly have survived without.  Yet we were obliged to button down and address the resulting morass, being as we are the primary object in the line of attack.

All this unpleasantness evaporated as quickly as it had materialized. Following some prolonged telephone conversations and the endurance of an uncommonly assiduous technician, our troubles miraculously dissolved. The erstwhile confusion of the internet and its associated devices, the clarification of contractual arrangements and the settlement of financial fraud issues slipped like a lifting fog on a warm day into the ether beyond.

To our infinite credit we rose as quickly to recovery by reinstating our habitual preferences. Habit is notoriously the hallmark of people such as we, old fogeys set in their ways. I make no apology.  Getting back into the saddle of routine has forever been a catharsis and relief. We did at least modify our unparalleled convention by visiting what for us was an ideal restaurant on Sarasota Bay near Bradenton Beach. The food is so fresh that one can watch the fisherman gutting the fish on a nearby warf.  There is no dress code other than to observe the commonality of comfort and relaxation.  And while it won't appeal to most, there is no prohibition of cigarette smoking (an historic indulgence which revives in my mind a recollection of uninhibited youth).  They do not serve hot drinks so I submitted to a pink lemonade (three servings).  We tasted "gator bites", smoked grouper spread with crackers, andouille sausage stew with beans and fresh Gulf grouper with carrot salad and cole slaw. For dessert:  caramel apple mousse pie and Key lime pie!

By-passing these purely visceral delights we rejoiced in the magnificent weather and the predominant fortune of our affairs. It seems neglectful to pretend to forgo the currency of the providence. I accommodate the competing Protestant ethic by affirming my dedication to an otherwise simple life void of surplusage.  This is admittedly a small compliment at this juncture but it comfortably resolves the predation of former appetites.
Posted by L. G. William Chapman, B.A., LL.B.