I have settled upon a highly rewarding late morning potion; viz., Mariani Premium Walnuts and Greenwise Organic 100% Maple Syrup (Amber Rich Taste) - accompanied by a chilled glass mug of Starbucks Espresso Roast 100% Arabica coffee!  This and the sonorous music of Sarasota's WSMR non-commercial classical FM radio station at 89.1 and103.9.  Oh what elation! Though I will deny the spiritual persuasion of the Church of England I will nonetheless confess its philosophic wheedling - to the extent that it encourages this toxic and august lapse only after a mandatory 15 km bicycle ride. The relieving punishment accelerates the permeation of the antioxidants from the caramel syrup and the narcotic inebriation of the caffeine. It insinuates a national pride as well. The Province of Quebec is by far the largest producer of the concentrated sap - 70% of the world's output. 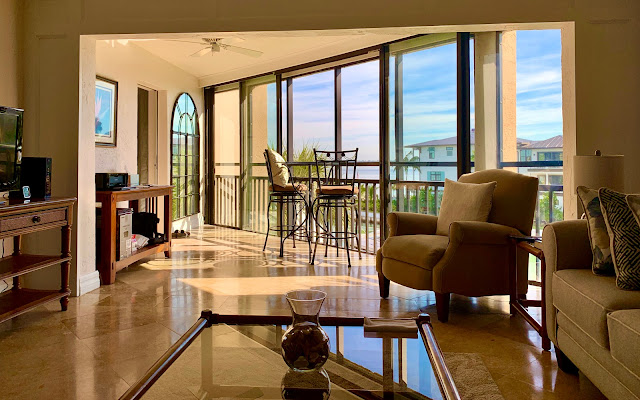 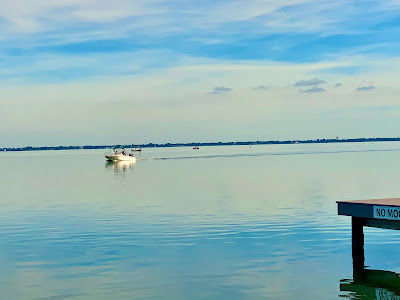 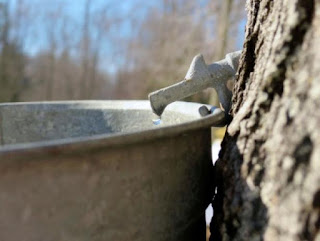 When one such as I is relegated to a barrier island where apart from seemingly endless sunshine and warmth, white sandy beach and the strict agenda of mealtime - an imprisonment not far removed from that of a common household canine - there is a refined elevation of my daily habit by this elegant blend of xylem sap and Arabica java with its echoes of the indigenous peoples of North America and the European colonists (and less favourably of its use during the American Civil War because cane sugar and molasses were produced by Southern slaves).  It is by contrast the Southern teetotaller's answer to the Mint Julep!

Speaking of diversions and dogs, as I cycled today on Gulf of Mexico Drive I came upon a woman walking her French bulldog.  When I stopped to see the dog, I noticed the woman was carrying a 13-week old copper-toned Frenchie - what she informed me was the latest edition to the family.  She put the puppy on the sidewalk and he immediately came towards me, hopping onto my lower limbs and licking me! I said to her, "Well there goes...", but before I could finish she said, "...life!" and we both laughed.  It reminded me of my own engulfing exploits years ago with a French bulldog puppy; and it heralded what I know is about to transpire on December 20th for friends of mine at home. They'll need a stronger weapon than maple syrup and coffee to sustain themselves! Parenthetically I am bound to remark there is an odd etymological parallel between beauty (bella) and outright war (bellum)! Bellissimo! 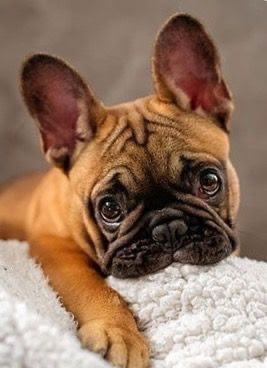