Sunday Sunbathing by the Pool

I won’t be so vulgar to suggest I spent the entire day lolling about the pool in the gloriously refreshing air of unparalleled clarity and dryness. Late this morning I expiated my Sabbath guilt for not having attended worship service by conducting the statutory 15 km cycle along Gulf of Mexico Drive to Bayfront Park.  The uncommon equilibrium of the day has seemingly provoked similarly acute recollections, unrelated thoughts and images: St Andrews By-the-Sea, Key Lime pie, my late precious parents, the fortuity of life’s affairs, the comedy of the past, the undeniable purity of the present, the duties to others, the measure of truth, people I’ve known including those who are no longer whinnying among us or estranged by disaffection or disfavour or doubt or misunderstanding, roast-of-beef and Yorkshire pudding for Sunday dinner in an ivy-covered Rosedale red brick townhouse, the penetrating shards of afternoon sunshine, the fleeting white clouds, the canopy of blue above white yachts and white buoys and placid emerald palms, James Carman Mainprize and private dinner clubs, the commonness of un-bejewelled hands, a black Thunderbird with narrow red, white and green stripes on the tires alongside the football field at Trinity College School, Winston cigarettes and vodka martinis, the promise of the wind and the seasons, the blue sea and the vast horizon. 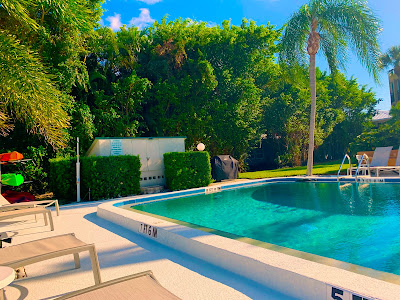 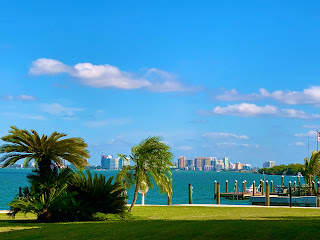 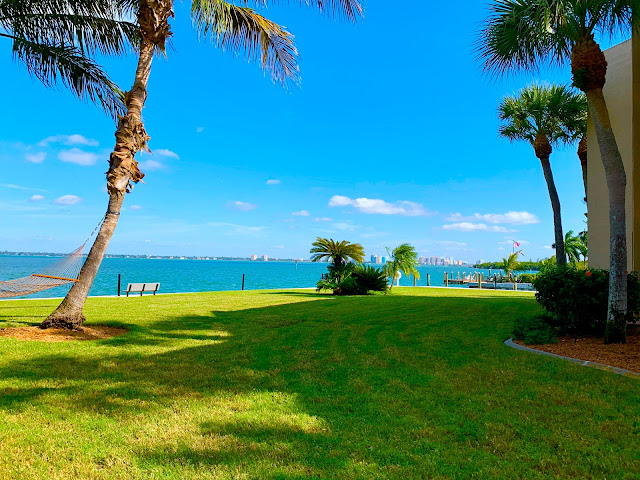 The confluence today of restorative sleep, weeks of sensible eating (fruit, raw vegetables and fish), settlement in our very agreeable digs, the memory of the past, the prospect of the future, the sun, the burnish of the sun and the warmth of the Florida Gulfcoast. 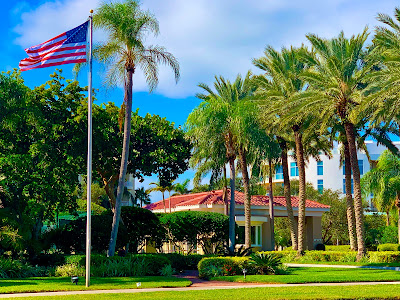 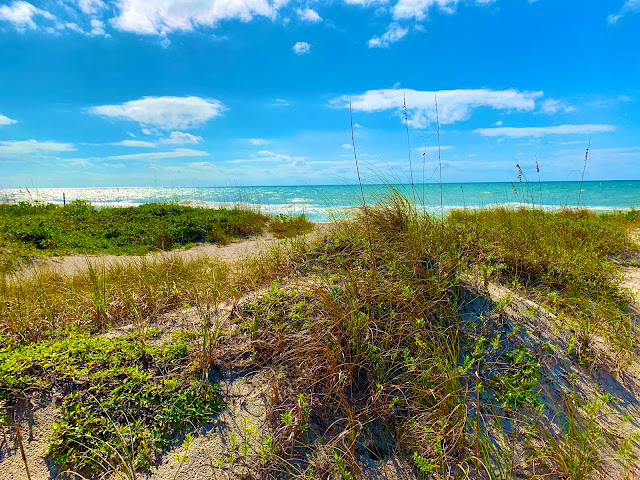 As I rode my Sun bicycle home from Bayfront Park I succumbed to the roar of the sea. It was easy to cross the rode today, a Sunday. But the beach was more active than normal, people playing, lounging and walking along the shore. Everywhere was picturesque! 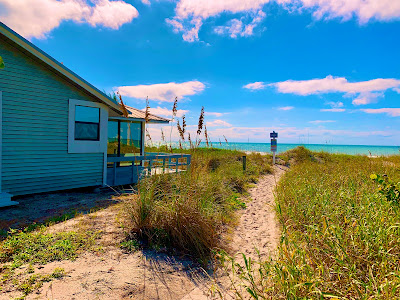 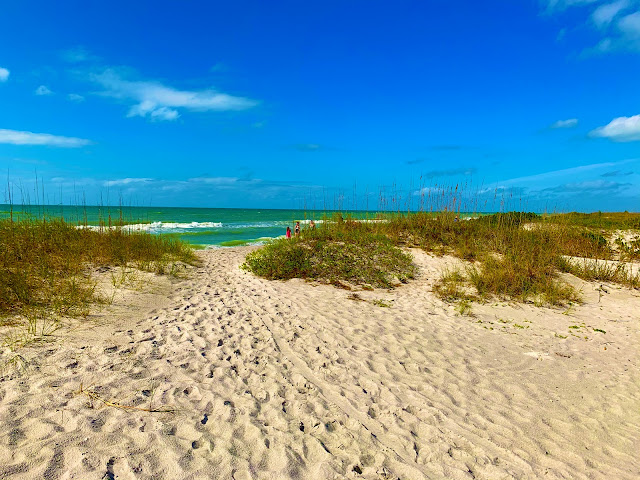 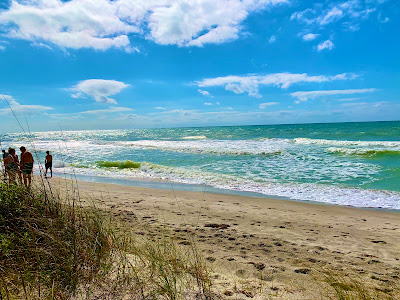 Though I made it to the pool, sunbathed and swam, the cool air caught up with me.  I retired to the apartment and donned a light sweater. The evening began to take form. It is quite impossible not to be swayed by the allure of Bill Evans and Longboat Key as the sky turns to pink and the day draws to a close, dinner prepared, plans for tomorrow and the benefit of exercise, the ablution of swimming. 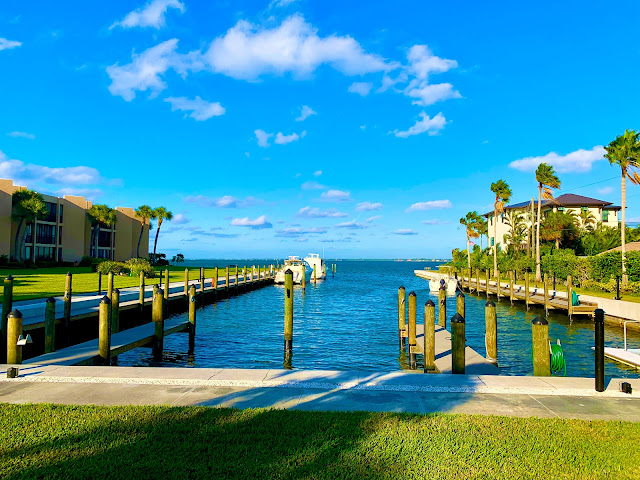