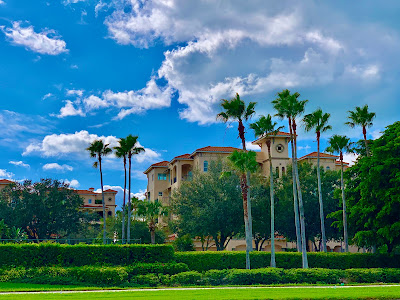 There's something almost moronic about my present disposition. Whether it's the taste of the coffee or the sweetness of the prunes; the breeziness of the air or the buoyancy of the sea; whether it's the clerk in the shop or the kindly driver at the intersection; the absence of agenda or the risible absorption with utter fluff, I simply can't stop getting a buzz out of things! I feel like Scrooge on Christmas morning!  I haven't however suffered any preliminary purgatory other than the tolerable prejudice of daily life.  Lest this temperament appears entirely peculiar, we both agreed earlier today that we've struck upon a bumper seam. Ours is an enviable lot to be sure! 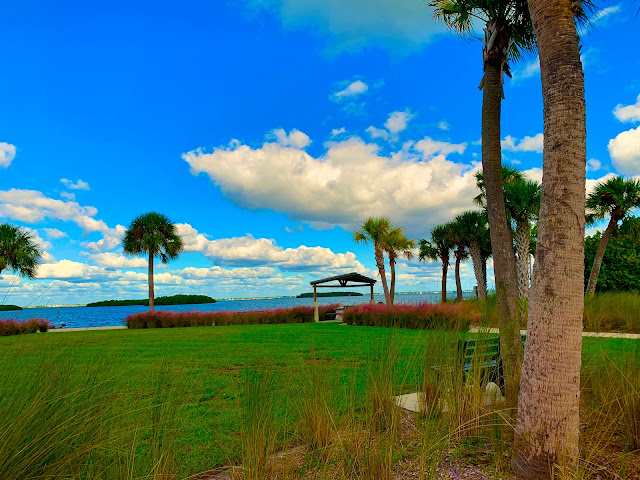 I won't saturate my present caste of mind other than to observe that its elemental characteristic is one of complete simplicity.  Which is to say that the availability is universal and transparent. There is nothing which I can denominate as being of rare or infrequent consequence. The dual advantage of the celebration is that it mingles very nicely indeed with the evolution of events for the past seventy years.  This I realize sounds an absurd impression but it is precisely that unanimity with the past (and the inherent prediction for at least the immediate future) which makes for an exceedingly desirable present!

But enough of this puerile effervescence!  The shameful corollary to this gusty assertion is that were it not for the delight of the the images which I have intentionally added to this humdrum narrative, I haven't anything of consequence to relate in connection with my activity.  My day began as it always does with its statutory breakfast of fruit and steel cut oats; and although we briefly interrupted our traditional catalogue of behaviour to do some minor grocery and retail shopping, the remainder of this otherwise uneventful day was spent cycling and swimming (in my case in the sea nearby Bayfront Park). 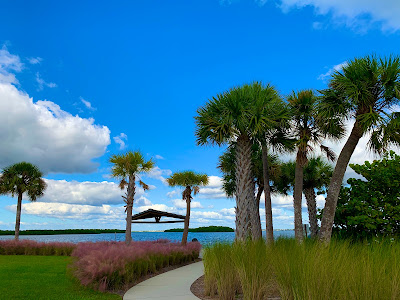 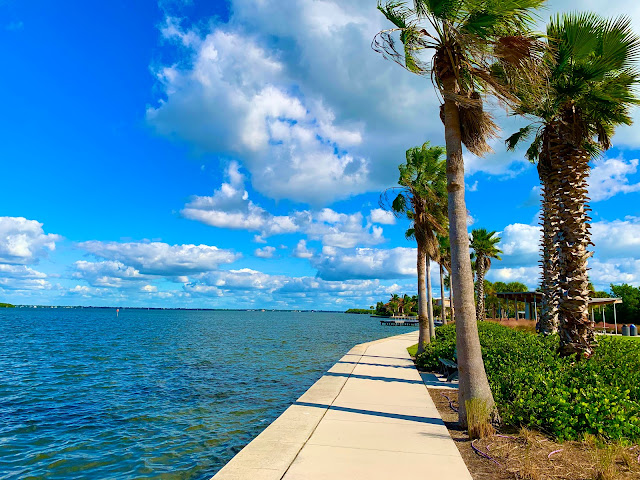 I won't deny that my primary objective when taking my bike ride was to capture the indescribable salubrity of the sea. The combination of buoyancy, warmth and saltiness is in my opinion the nec plus ultra. For this reason I didn't linger long upon the park bench in Bayfront Park but instead headed directly to the sea - which of course enjoyed the added benefit of being adorned by the declining sun in the west. 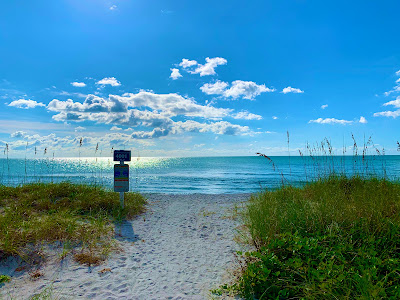 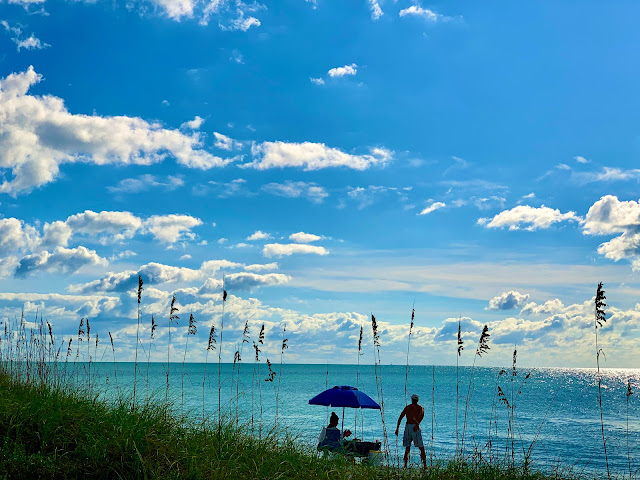 My routine at the beach is by necessity limited.  I carried neither towel nor folding chair.  My industry was confined to removing my boat shoes, filling them with my watch, phone, lip balm and sunglasses then covering the assortment with my golf shirt.  By design I wore a Speedo bathing suit which doubles as casual shorts (with pockets and inner brief).  This accomplished, I marched as purposely and as athletically as possible in light of my neuropathy and spastic spinal cord to the sea.  It was like soup!  It required but seconds to conclude my submersion. 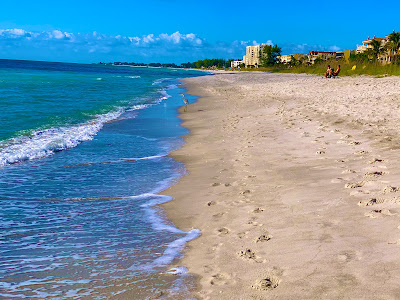 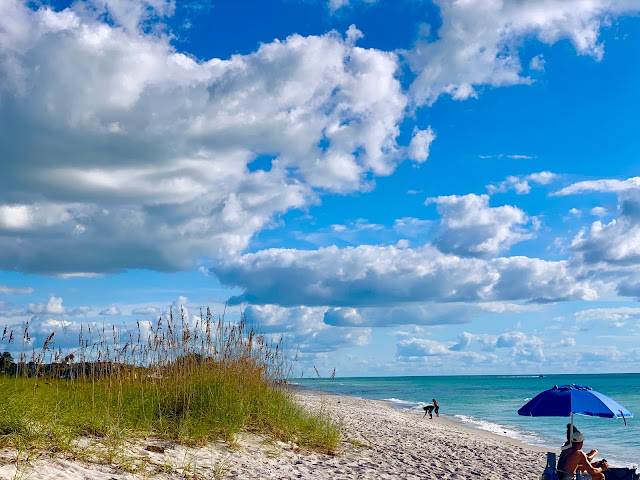 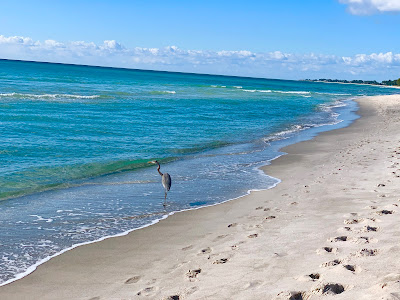 I swam for a long time plus floating, paddling and diving underwater, back and forth, to and fro, tirelessly relishing every moment of the nautical excess. The beach at Bayfront Park is more precipitous than in some of the other locations I've stayed or visited.  The beach at the Longboatk Key Resort for example is broad and flat; in other places along the coast it is narrow and shallow. I'm comfortable at Bayfront because the water is conveniently deep close to shore. 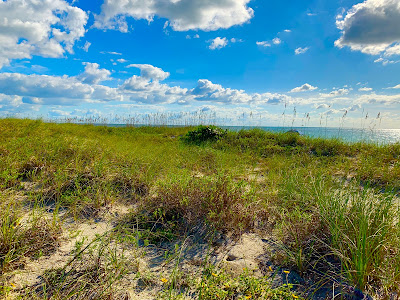 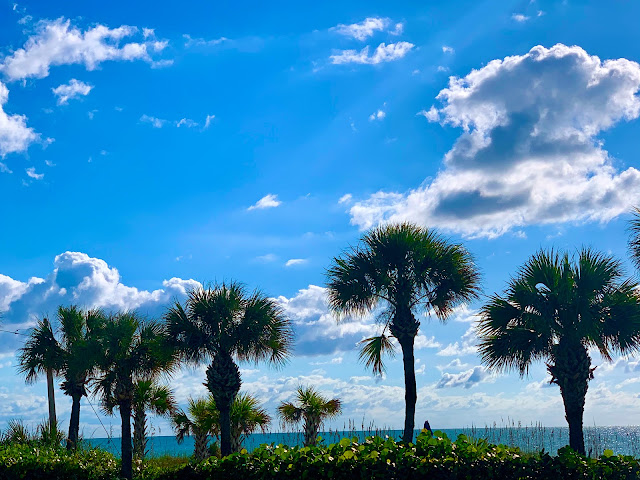 I left the sea and headed homeward.  There is a magical view immediately south of Bayfront hidden by grape bushes.  When I arrived back at the condo I hastened to capture other late afternoon scenes before dipping into the pool as a final reward. 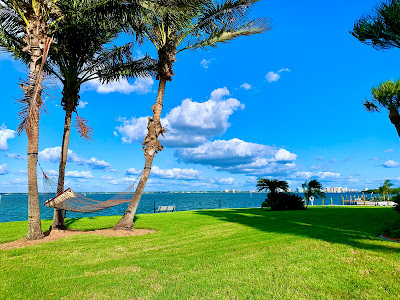 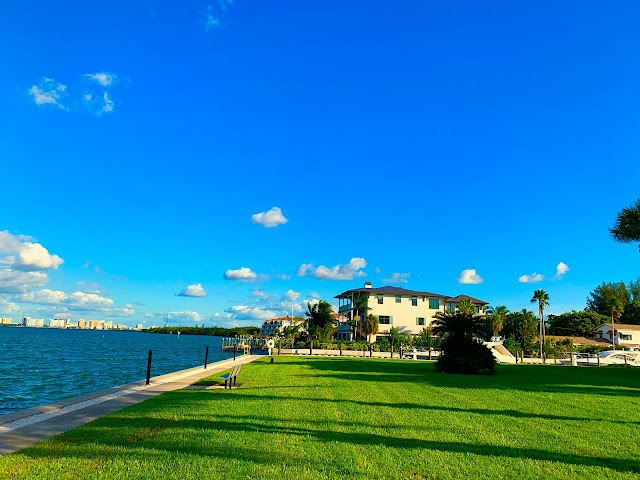 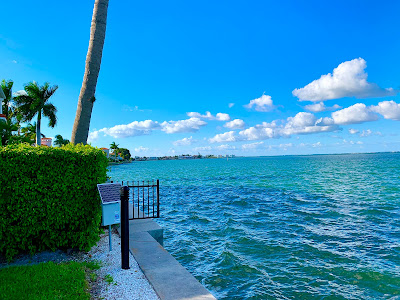 And all this is before I've even mentioned what's for dinner:  sliced fresh veggies (celery, zucchini, green pepper and Sugar Bomb grape tomatoes) and jumbo shrimp, drizzled with sesame oil, sprinkled with Fleur de Sea and doused with freshly squeezed lemon juice. Simple but delectable! If this constitutes fatuous pleasure, then I crawl! 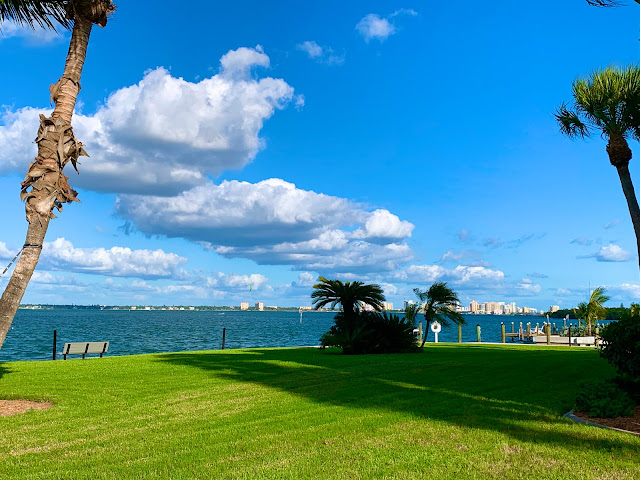