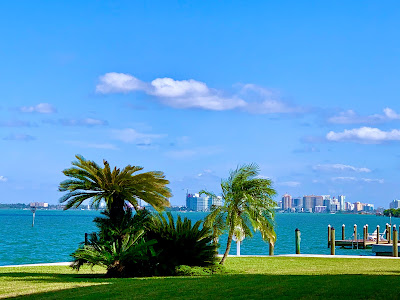 When cycling back to the apartment late this afternoon from Bayfront Park I was oddly overtaken by the sensation of returning from the office. My day began promptly at 7:00 am.  I had an appointment to have my hair cut at nine o'clock. Afterwards I had another appointment with the chiropractor. Accordingly I wanted to ensure some nourishment before leaving the condominium. Each of these undertakings was duly accomplished. What transpired subsequently added to the day's commotion.

Our immediate project was grocery shopping. American Thanksgiving is Thursday next.  Already people are scurrying to fulfill larder necessities - which are historically dynamic to an Olympic degree.  Any reservation I had about grocery shopping was dispelled when I saw the desirable quality of what was available. Everything was of the first order, ripe, firm and fresh! The pinnacle  was the six salmon pieces cut for me. They were superlative! Later when I cooked them for 2 minutes in the microwave oven (in the new plastic containers which I had also purchased) the results were perfect. 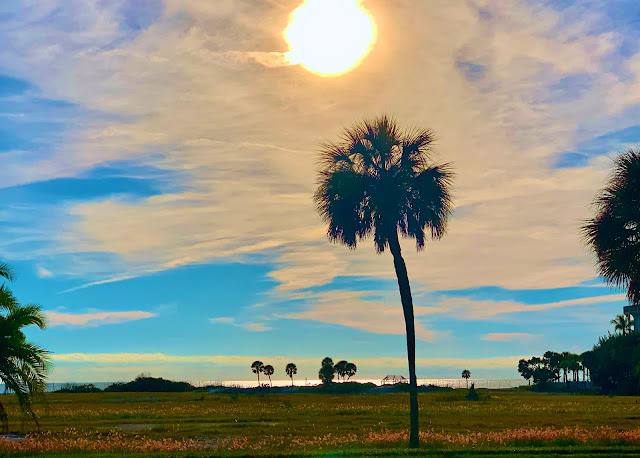 What however insinuated these successive achievements were emails I received from various correspondents to whom I had previously written. My customary keenness to deal with them overwhelmed me.  The missives were each of great interest to me and I was for that reason as well eager to deal with them. They involved some work on my part.  One in particular obliged me to contact an office in Sarasota.  Another necessitated amendment to a manuscript. A third entailed forwarding information which I was not yet certain was in proper form.  Work, work, work!

Admittedly each of these duties was welcome.  In spite of the appeal I turned my attention first to my cycling which I consider not only a catharsis but also an imperative.  The matutinal interruptions though successful had effectively side-lined what is normally a priority.  The speedier decline of the sun as we approach the Winter Solstice meant that time was of the essence.  Getting onto the bike and onto Gulf of Mexico Drive was an instant relief.  There were very few people along the route. My usual pit stop at Bayfront Park was essentially private. 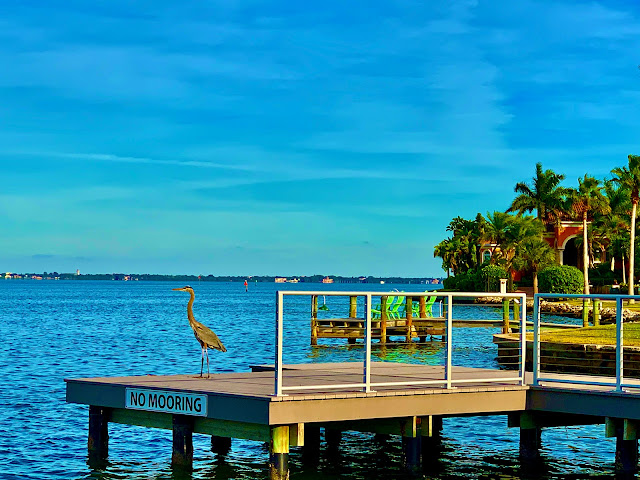 Upon my return I saw that my Sarasota enquiry had already elicited a response.  I had been invited to telephone the gentleman and I accordingly did so immediately.  We spoke at some length and exchanged a good deal of information which in turn I forwarded to another chap to whom the advice was apt. Doing business in this efficient manner always fortifies me! Another personal matter was similarly handled with equal success!  These unbroken fortuities - and the mouthwatering salmon - caused my sense of well-being to rocket!
Posted by L. G. William Chapman, B.A., LL.B.