Complexion for the Connection 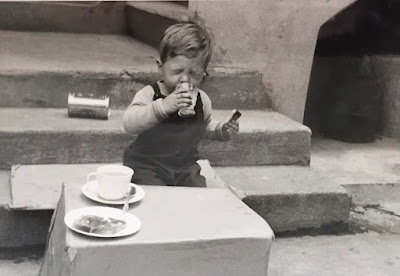 Some things are just distasteful! We all live in this country together. That is why we have to get to know one another. This is not much of an issue in the average rural white community in Canada. Nor is it commonly table conversation in a gated community on a barrier island in Florida. What I do know however is that any time I have got  close to another person - whatever our differences - I come away not only better informed but also convinced how similar we are. It’s a start. But it can’t be overlooked that there are some differences which exist; and that sometimes they really matter.


Nor can it be overlooked that change is inconvenient. There is no need to heighten the distress surrounding racism; most white people accept the guilt if they haven’t yet faced the disturbing reality of having to answer for it. Addressing the problem is more than just saying some of my best friends are this or that.  It's a matter of tangible corrections many of which are far beyond the niceties of a Sunday picnic conversation or the immediate remorse of an adulterous husband.

To the average Canadian white privilege is about as topical as white supremacy which is to say not at all. Granted ghettos of any description in Canada are less evident than in the United States of America. As a result the need for relative social and political reform is less proximate. This in turn isolates Canadians from the poisoning effect of racial contamination. Yet racism is a simmering pot which cannot be allowed to idle unattended. The sooner its volatility is confronted the less caustic its effect. It’s a bit like climate change in that respect; that is. already manifest and not to be ignored except at our collective peril.

If  white people insist upon evidence of the looming significance of this assertion there are plenty of demographics to support the expected change in population within the near future. The alteration will of necessity seep into more than just a change of colour. It will strategically affect economic, educational, political, medical and religious factors. In short nothing will be spared least of all one’s ill-founded theories of entitlement or superiority. Already Caucasians are collectively accepting the encroaching superiority of Asians arising from their notoriously aggressive commitment to hard work and education. Historically it is wise to recall that - although I know of no one who witnessed the building of the pyramids or Cleopatra in gossamer apparel sailing upon the Nile - Egyptians in their heyday were likely not white-skinned or of European origin. The StarWars vernacular of multiplicity may prove to be more than science fiction.

The irrefutable argument for social accommodation is its simple digestibility.  Part of that modest insight I earlier mentioned about the similarity of people is the more forceful recognition that we can all contribute to one another's advantage on the face of this planet (or beyond I suppose). As I have stated elsewhere I have never known anyone of any ancestry who was not equally committed to advancement and improvement.  Why should it be otherwise? This is hardly an expression of intellect to accept the obvious!
Posted by L. G. William Chapman, B.A., LL.B.