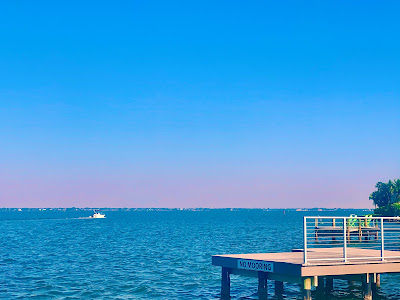 Serendipitously more than one event has fallen into focus within the last 24 hours. Unreservedly this constitutes an uptick.  Clarity is not always a welcome receipt but in this instance the fortuity is unanimously desirable. The scope is not only personal but more widespread, including the favourable local weather and extending as far abroad as remote friends.  In one case for example it was gleefully reported that chemotherapy works! Considering the understandable depth of that account, most of what followed, while agreeable, was of less significant import. Its corporate effect however was spaciously uplifting.

As one descends the final steps of one's performance on this planet it becomes increasingly diverting to seek clarification of all that has past. The distinction between this and navel gazing is the search for illumination, the glow of which is sought to disinfect otherwise casual and disconnected recollections. While it is plausible that some memories are shrouded by irrelevancy and misdirection, it is as a point of logic less tenable on balance that the majority of pivitol events are unrelated. On the contrary the inescapable reality is that in this context nothing happens without reason.  It is this conviction which animates the pursuit of lucidity. One of the collateral spinoffs of rendering things in focus is the added benefit of simplicity which similarly diminishes obscurity. It may be a poetic exaggeration to equate focus with the adage that "the truth will out" but the process is unquestionably relieving. Though not arising within this particular vernacular, the observation that those who know what they're doing are able to say it in plain terms reflects the indisputable value of simplicity. Obfuscation on the other hand is more often characterized by complexity.

A report of the transition of personal matters into focus is domestic and therefore uninspiring. This doesn't detract from their inner entertainment and satisfaction.  I am more disposed to capture the delightful crystallization of current affairs by this insinuating crispness. My private agenda is not terribly glamorous. Yet the distillation of these revealing enterprises is an indisputable drama. It eliminates the trifling austerities of living. I won't suggest it happens either quickly or automatically.  In fact it requires considerably more focus of its own. Acute deliberation is sometimes perceived as superfluous. This is an accident of acuity and what is sometimes portrayed as obsessiveness. Putting things into focus requires particularity and refinement.  Focus is not the evolution of randomness or indiscriminate collections.
Posted by L. G. William Chapman, B.A., LL.B.